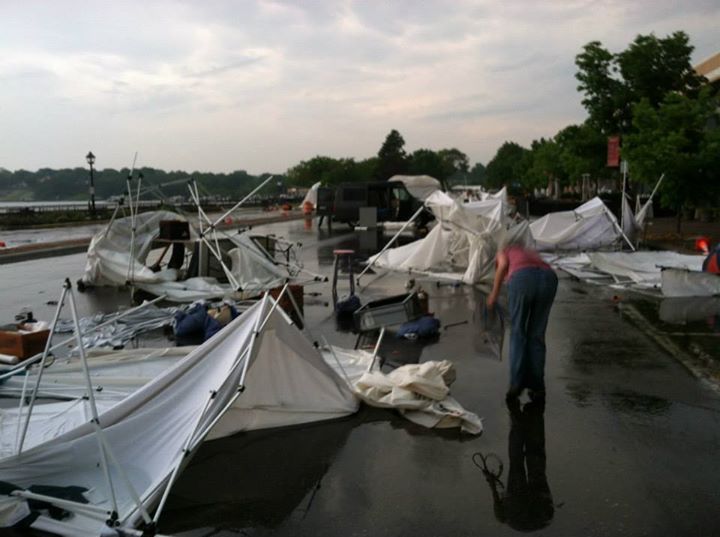 END_OF_DOCUMENT_TOKEN_TO_BE_REPLACED

Segwun, in Algonquin, means springtime. Thus, the first sounding of the RMS Segwun’s steam whistle marks the arrival of spring on Lake Muskoka. Muskoka, approximately ninety minutes north of Toronto, is a glimmering network of channels and bays hidden within the forests of Ontario. It is much like Lake Minnetonka in this regard. Muskoka is also a mecca among antique and classic boat enthusiasts with annual shows and rendezvouses being among the region’s biggest summer highlights. Crowning above all other historic craft, however, is perhaps the most well-known icon of the Muskoka region: the RMS Segwun – a gleaming white passenger steamship approximately 125 feet long, three decks tall, with a red and black funnel atop her superstructure. She cuts through the water ever so gracefully, blowing her signature steam whistle for onlookers waving from shore, just as she has done for over 120 years.

Built as the side-wheeler Nipissing in 1887, the ship now known as Segwun was put into service as a packet boat that would bring people and goods to and from a number of landings all around the lake, making stops at resorts and private docks along the way – a service which essentially mirrored that of Minnehaha‘s. All connections to civilization were tied in the communities of Bracebridge and Gravenhurst, where summer tourists and lake residents alike would arrive by train from Toronto, Montreal, New York, Detroit, and beyond.

END_OF_DOCUMENT_TOKEN_TO_BE_REPLACED

Glancing at their cars you would never believe that just a few days before they had been brand new. Or had ever been clean. What had once been gleaming paint with intricate Edwardian-era detail and miles of freshly polished chrome was now obscured beneath layers of mud. Tall, smooth fenders had given way to countless dents and dings from rocks and other flying debris. Their thin tires and ornate wooden wheels had started the tour well, but were soon useless on the country roads, taking a toll from the mud and deep wagon ruts. The drivers matched their automobiles in this regard. With their cars’ open air designs they had been exposed to the elements and were caked in dust. Luckily their goggles were still holding up – but they still had another two weeks to go!

Who were these intrepid drivers? They were the members of the 1909 AAA Automotive Reliability Tour, or, as it is more commonly remembered, the Sixth Annual Glidden Tour. A test of vehicle endurance, performance, and driver stamina, the tour contestants had started their journey back in Detroit on a sunny July morning. Their destination was Kansas City, with the tour’s route specifically designed to prove to skeptical American buyers that automobiles were indeed a viable form of cross-country transportation.

END_OF_DOCUMENT_TOKEN_TO_BE_REPLACED

Kermit Stake’s love for the steamboat Minnehaha, Lake Minnetonka, and boats in general was no secret. Along with his wife, Audre, they volunteered many an hour toward Minnehaha’s restoration and its subsequent lake travels. Audre’s grandfather was Royal C. Moore, the designer and builder of the original streetcar boats, and although Moore died five years before she was born, the love of boats had become a family legacy ever since.

Kerm was born at home in Minneapolis on April 19, 1926 to Swedish immigrant Henrik Stake and his Swedish-American wife, Mildred Mark. He arrived prematurely, so his father rushed him to the hospital. He weighed only four pounds and was not expected to survive, but the nurses kept him warm in the hospital’s kitchen oven and named him “Arby” for “Our Baby.”

He grew up in South Minneapolis at 40th Street and 40th Avenue, not far from Minnehaha Falls. He attended Longfellow Elementary School and graduated from Roosevelt High. He spent his childhood summers in northern Wisconsin with his mother’s family, who were involved in the logging and sawmill industry. He and his friends took the streetcar all over the metro area to go fishing and to attend knothole games of the Minneapolis Miller baseball team. During high school he tried to enlist in the Army Air Corp, but they wouldn’t welcome him until he turned eighteen in 1944. So, he started flight school and was sent to field artillery, where they discovered that he was color blind. He then became a communication specialist in the First Army in the French Alps, but mustered out in 1946 to attend the University of Minnesota for a time.